SUBtext is Reinhold Bidner´s ongoing personal series of photographic daily life encounters. Subjective observations that he considers to be meaningful enough to include in his photographic Oeuvre..
This project exists since 2003, Reinhold still chooses his motives for the same reasons, it is still about the belief in the uniqueness of us as individuals, either in front or behind the camera, and it is still about his belief that the photographic representation of the normality of daily life can sometimes be more poetic than a constructed image. This is the impulse why Reinhold still wants to contribute photographic stories to this "Flickr-/Facebook-and Instagram-contaminated world".
Reinhold is a fan of telling these stories with 2 elements, which means that he likes to find 2 elements in a single picture that somehow relate to each other, or, he tries to create image pairs, that somehow react with each other and therefore form a further "subtext".
In his photographic approach he is  not really attracted to "fake beauty", but rather to honesty, realism, sometimes absurdity, subtle humor and occasionally despair as well, because in his opinion, that´s key elements to life. 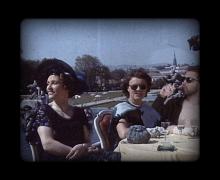 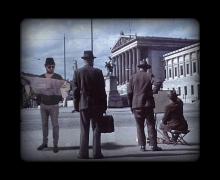 Mt. Plywood I, New Musicvideo for M185, by Reinhold Bidner