Together with Jürgen Hagler and Georgi Kostov, we posed the question of how to transform „The Fallen“, „From Darkness“ und „Stranger Home“ into a VR-ready game play: How would you create or recreate the special qualities of documentary games in a virtual world? How can you transfer and modulate screen-based interaction concepts into a 3D surrounding? Which technical and content-based questions would you have to solve?

Guiding questions
In a series of attempts and experiments we were concerned with the translation of our games into a virtual surrounding, documented in a project report and presented in the event of gold extra's Open Studio. It was most interesting to concern ourselves with questions of content development: How can we maintain typical traits of our work like the self-reflection of players in our games within a completely converted experiental environment?

We could identify means of transformations for each project albeit with a different approach for each game. The Fallen, From Darkness and Stranger Home need to be redesigned in parts and have to have specific scenes, action sequences and game mechanics added to them to sustain a playable concept in VR.

Findings
The change of the spectator's role which is a defining moment for The Fallen needs to be reinterpreted in VR. The approach reminiscing of a journey game in From Darkness can be recreated in VR more conveniently although the balance of the specific interconnection of 2D and 3D world defining the players' experience in the game needs to recalibrated and in parts newly developed. The porting of Stranger Home surprised us with playful solutions employing new 3D dimensions and traits of a new skill-based game for the former mobile app.

The research of gold extra's game showed impressively the potential of documentary content in Virtual Reality surroundings. „Documentary VR“ is a first successful field experiment hopefully paving the way for a more intense research into VR and documentary content, e.g. in the field of installations in museums. 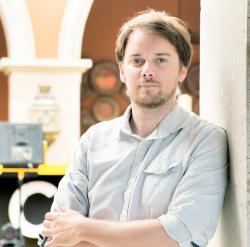